Eye Care Near Vaughan, ON 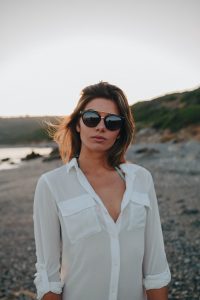 Dr. Rahim Hirji is a graduate of the University of Toronto where he completed his Honours Bachelor of Science in 1999. He then pursued his Doctor of Optometry at the world-renowned Illinois College of Optometry in Chicago. During this time, Dr. Hirji received extensive training at the Illinois Eye Institute in various eye conditions and diseases such as Glaucoma and Diabetes. His clinic rotations in his final year were at the Veterans Hospitals in Lebanon, Pennsylvania and Cleveland, Ohio. His final rotation in Chicago was at Midwest Eye Physicians, a multidisciplinary group optometric/ophthalmology practice specializing in ocular disease and laser eye surgery.

Eye Care Services Near Vaughan, ON

Your Eye Doctor Near Vaughan, ON

Vaughan (2021 population 323,103) is a city in Ontario, Canada. It is located in the Regional Municipality of York, just north of Toronto. Vaughan was the fastest-growing municipality in Canada between 1996 and 2006 with its population increasing by 80.2% during this time period and having nearly doubled in population since 1991. It is the fifth-largest city in the Greater Toronto Area, and the 17th-largest city in Canada.

The township was named after Benjamin Vaughan, a British commissioner who signed a peace treaty with the United States in 1783.

Font Resize
Contrast
Accessibility by WAH
Call Us Text Us